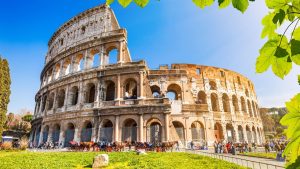 Strasbourg, 6 November 2015: In a letter addressed to His Holiness the Pope the President of the European Roma and Travellers Forum (ERTF) Mr Gheorghe Raducanu welcomes his recent initiatives to combat discrimination and racism against Roma, Sinti and Travellers, but regrets that some of his well-intentioned remarks are likely to have a negative effect on the majority population.

“Asking the audience to be good Christians “avoiding all that is not worthy of this name: lies, frauds, swindles, altercation”, is excellent advice to be addressed to all Christians but, in the context of an audience with Roma and Sinti, this advice seems to be addressed exclusively to them. There is undoubtedly, amongst the Roma and Sinti, individuals who are not worthy of the name “Christian” but no more than in other communities.” said the President of the ERTF in its letter.

Equally unfortunate was the Pope’s advice to the Roma on education: “your children have the right to go to school, do not prevent them from doing so.” Such a statement disregards the difficulties which Roma parents face in the education of their children: segregated schools, segregated classes, refusal to take children in ordinary schools, bullying of Roma children in class, lack of transport from the settlement to the school, lack of money to buy school material or lunch at the school – just to mention a few and instead puts the entire blame on the parents.

By so doing, the Pope unwittingly encourages further marginalisation and discrimination of Roma by those who will use his statement to justify their racism.We regret that this advice can be interpreted as blaming the victims of marginalization rather than the authorities who are responsible for this state of affairs.

The Pope missed the opportunity to celebrate their contribution to good Christian living in their communities. He could have celebrated the historical contributions of Romani people to Christianity and reminded them that there are also Romani saints. He could have offered an apology for the persecution and witch hunts of Romani people since the Middle Ages.t. Such a message, captured by the media, would have spread good will among both Roma and non-Roma and would have made this event a major success.

Instead, what they got was chastisement, and that is what the media reported. He should instead have chastised the members of his universal church who are actively preventing Romani children from going to school. He could have brought attention to those who are actively keeping Romani children away from their parents.
Unfortunately we did not hear any message of hope or inspiration or a criticism of the treatment of poverty, regardless of the national origin of the poor. Nor did we hear a condemnation of Anti-gypsyism which is at the root of all these problems.

Instead of singling them out the Pope should have made a call for solidarity among Christians, both Roma and non-Roma.

We wholeheartedly support the Catholic Church’s efforts in favour of the integration of Roma and extend our cooperation towards building peaceful and pluralist societies where Roma and Sinti are respected and treated as full citizens. We would however greatly appreciate that official statements and initiatives are well-informed of all the complexities involved. The Catholic Church seems to be unaware of the heterogeneity of the Roma world, that the word “gypsy” is considered as pejorative by most communities, and that the overwhelming majority of Roma, Sinti and affiliated groups are sedentary.