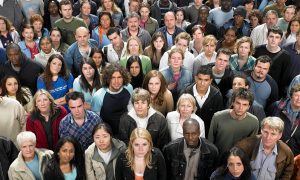 From Finland to France and Italy, from Bulgaria, through Hungary and Serbia to Albania the summer months of 2015 have witnessed an unprecedented upsurge of evictions from Roma settlements, some peaceful, some brutal but always marked by the policy of rejection.

This policy, often euphemistically described as “discrimination,” aims at ‘eliminating’ Roma from the public sphere through various manners, and, most effectively, by depriving them of all forms of housing, thus compromising all possibilities of improvement in their living conditions or their integration.

The recent decision of the mayor of Courneuve to evict all 80 families in the settlement called Place “Samaritaine” is a perfect illustration of this policy. The Fondation Abbé Pierre and Médecins du Monde had proposed a self-funding project to clean up the settlement and install running water, with a view to providing schooling for children and employment.

The mayor refused the project and the settlement has now been demolished. He has chosen to put a stop to a project that provides possibilities of integration. Once all 80 families are homeless, politicians can now safely say that the Roma do not want to be integrated.

This is but one example of what Françoise Dumont, chairperson of the French Ligue de Droits de l’Homme has described as the “policy of stigmatizing and rejecting the Roma.” In France, during the first six months of 2015, no less than 3947 Roma have been forcibly evicted from their homes in 37 separate locations, an average of 150 per week, with alternative accommodation offered only in 13 cases.

Evictions are justified on the pretext that the settlement is illegal, is unhygienic, in a dangerous locality or earmarked for development. In most cases the reasons are a camouflage for a more sinister purpose: getting rid of the Roma at all costs.

The decision taken last July to demolish Roma houses in Garmen in Bulgaria is a case in point. Illegal constructions are common in Bulgaria, but Roma houses are singled out for destruction. The European Court of Human Rights has meanwhile issued urgent interim measures to “stop the demolitions, until alternative housing is secured for the vulnerable claimant” but the non-Roma majority is now insisting that the demolition should go on nonetheless. The conflict will help politicians to reassure their non-Roma electorate prior to local elections in October.

In Belgrade, about 130 Roma have been threatened with eviction from the neighbourhood of Grmec…. to build a railway station. No alternative accommodation was planned but, following an application to the European Court of Human Rights, the authorities have guaranteed that they will not proceed with the eviction until alternative accommodation has been provided to the families.

In Albania, in Selita, about 80 families are being evicted…. to build a highway. There is no official decision for the demolition and many families have received no prior notification. The process of legalization of the houses concerned, started 9 years ago, has been suspended. This will enable the demolition without compensation. The authorities have agreed to provide a rent subsidy for two years as a form of compensation. What happens after 2 years is nobody’s business.

In Italy, the “eviction campaign” is a nationwide clean-up operation:

Reasons for the evictions? Cleaning up the areas.
In Italy the options for the Roma are simple – the street or a segregated camp.
In Finland dismantling illegal camps occupied by Roma in and around Helsinki is, at the moment, a daily routine, according to news server yle.fi. The occupants are simply thrown out and no alternative accommodation is offered.
In Hungary, the Miskolc town council is more straightforward in its approach. It has asked all the Roma residents in a particular neighbourhood to leave their residence against compensation and promise not to come back before 5 years. Those that refused are being threatened with eviction. The town council is, in all honesty, telling the Roma that they are not wanted in Miskolc now or for the next five years. International, national and local organizations condemn, complain and threaten – and then silence, and evictions continue unabated.

But for how long are the Roma themselves going to remain silent?
We call on the Roma not to accept these constant humiliations. We call on them to resist, demonstrate, go to Court, denounce violations publicly, name and shame the violators be they public authorities or private individuals.
Do not accept to be treated like chattels.