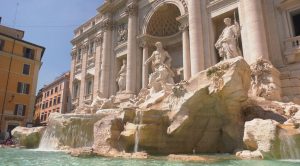 United for Cultural Action has called for a campaign to mark 9 November as the International Day against Fascism and Antisemitism – a praiseworthy initiative if it were not tainted by a limited and subjective view of the victims of Fascism.

Six million Jews perished in the Holocaust but five million others were exterminated by the Nazis, amongst them half a million Roma, and thousands of homosexuals, Witnesses of Jehovah and other deemed to be inferior beings. This call ignores that seventy years after the extermination of the Roma, few countries officially recognise this barbaric act as the crime of genocide. Seventy years after the end of the Second World War the Roma are still marginalised, discriminated against, confined to ghettoes, refused employment, education and health services. All inter-governmental and non-governmental organisations agree that the Roma are today the most marginalised and most oppressed community in Europe. And yet, in a campaign against fascism and right wing extremism no mention is made of 10 million Roma persecuted today throughout Europe.

After 1945 the people of Europe were united by a common message: Never Again. But this did not apply to the Roma. Not only do many European countries refuse to recognise the crime of genocide of the Roma: they continue to treat them as inferior beings not worthy of attention. The absence of any mention in the call for the campaign of the Roma and of the permanent discrimination they suffer in all walks of life unfortunately comforts those countries that are responsible for their discrimination. It discredits the campaign and is an insult to the Roma that died in the genocide and all those that are still sufferng to this day

The ERTF is unable to support or participate in a campaign that ignores the most discriminated community in Europe and follows itself a discriminatory agenda. We call on all NGOs to boycott it.

The European Roma and Travellers Forum (ERTF) will take part in the 10th meeting of the Ad hoc Committee of Experts for Roma Issues (CAHROM) organised by the Council of Europe on 27th – 30th of October 2015 un Bucharest, Romania.

The focus of the meeting will be on the situation of Roma in Europe and recent policy developments at national level in the fields of forced marriages and human trafficking, the role of local and regional authorities for Roma inclusion, thematic priorities for 2016/17, Roma youth and the recent developments at the international level.

ERTF will provide an update on the situation of the Roma in Macedonia, Bosnia and Herzegovina and Turkey, as well as the ERTF papers on the gender dimension within the National Roma Integration Strategies and the introduction to the latest developments regarding the “Forgotten voices “ and the “Participation of Roma women in politics” projects.